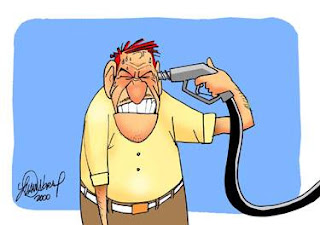 "The price of gasoline at the pump is at the highest level ever for this time of year. That’s not all bad; raising the price is the only effective way to reduce consumption, thereby improving the environment and delaying the dreaded Hubbert peak. There are, however, two ways to raise the price to the consumer: increase the profit margin of the oil industry, or levy a large consumption tax. The revenue from a heavy consumption tax would help to pay the crushing costs of the Bush economy. You will not be surprised, however, to learn that the Republican Congress overwhelmingly prefers the first method, which will embodied in the Energy Tax Prevention Act of 2011, in preparation. But first they had to amend the Clean Air Act to eliminate the authority of the Environmental Protection Agency over greenhouse gases. According to an editorial in last week's Nature, the Republican disdain for climate science was evident in the "anger and distrust directed at scientists and scientific societies." The widespread melting of snow and ice, and rising global average sea level, is unequivocal evidence of global warming."