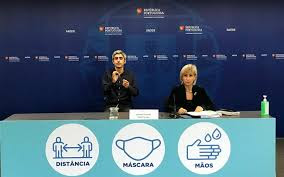 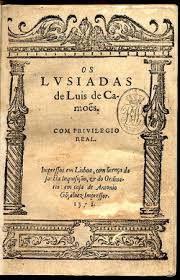 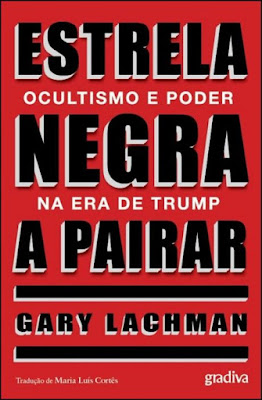 Meu artigo no I de ontem: 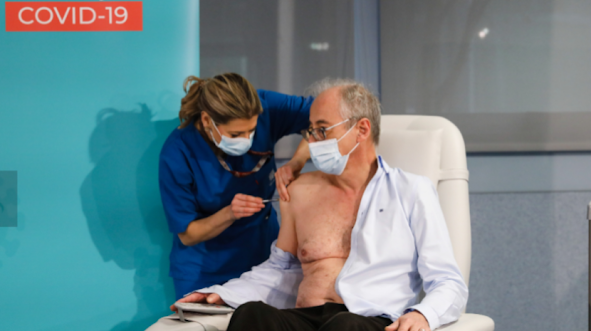 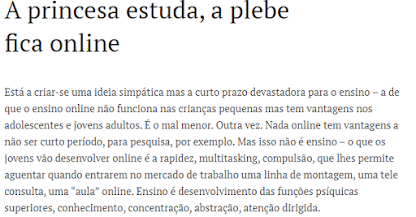 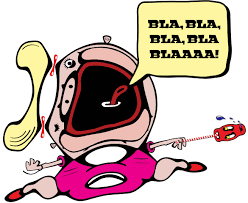 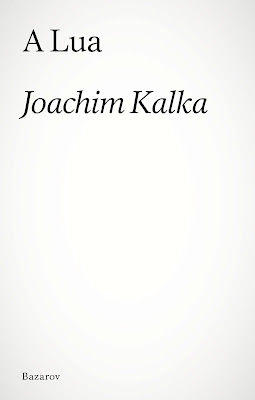 Minha recensão no último "As Artes entre as Letras": 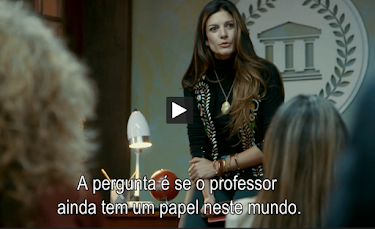 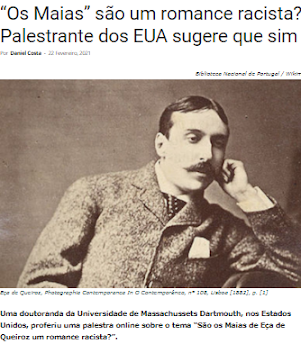 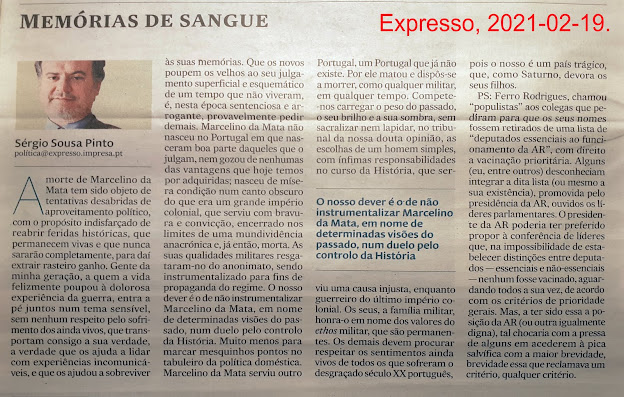 "Caught by the Virus"- A book on the present pandemics 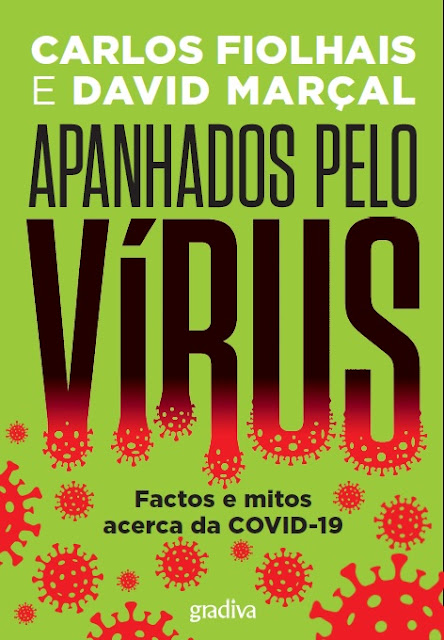 Caught by the Virus

Facts and Myths related to the COVID-19

We were all caught by the virus. Not only those infected with SARS-CoV-2, but also the multitudes that saw their daily lives turned inside out overnight. Much has been said and also its opposite. The health authorities themselves, who initially advised against wearing masks, shortly afterwards made them mandatory. Conspiracy theorists proved they were alive, spreading the most incredible nonsense, such as the association of the virus with 5G radiation. The COVID-19 pandemic was joined by an infodemics: we were awash in disinformation.

The first part of this book briefly presents not only what is already known, in the light of science, but also the doubts that still persist. The second part contradicts the erroneous ideas that have been circulating about the new coronavirus - some more absurd than others. In the last section, there is a "guide" to follow the science live, as the doubts and the debate of the scientists in public can cause some confusion. The book ends with the word hope.

We were all caught by the virus. It is true that there was a TED conference by Bill Gates, given in 2015, and a joint report by the World Health Organization (WHO) and the World Bank, released in 2019, in addition to several other forecasts, warning of the possibility of a new major pandemic in the world: «the next big one». But in Europe, based on our limited space and time experience, we thought that no serious infection that spread across the planet would have a strong incidence on the Old Continent.

Thanks to its media echoes, we had heard about SARS - Severe Acute Respiratory Syndrome, in 2002-2003; influenza A or swine flu in 2009-2011; the MERS - Middle East Respiratory Syndrome (2012); Ebola, in 2014-2016; and Zika, in 2015-2016. All of these problems were more or less geographically circumscribed and, when they were not, as in the case of influenza A, in some places the response from health authorities seemed exaggerated.

We also got used to living with AIDS - Acquired Immunodeficiency Syndrome, which has caused 30 million deaths worldwide since its emergence in 1981, and we did not even remember that, as in the case of SARS, MERS and Ebola, AIDS has a zoonotic origin. These are diseases that were initially transmitted from another animal to humans. In the case of AIDS, the jump was from chimpanzees to humans and, based on genetic data, it must have occurred in the Belgian Congo in the 1920s

An American science writer, David Quammen, wrote in 2012 the book Contagion, the result of his reporting work in various parts of the world where viral outbreaks were rife. In his book Quammen wrote about SARS, MERS, Ebola, etc. Giving voice to several experts, he alluded to the possibility of the emergence of a new virus capable of infecting and transmitting between human beings. But, entertained as we were with our daily lives, we did not listen to these alarms. We did not invest enough in the study of these viruses or zoonotic processes.

Now, a new virus from the coronavirus family is among us. Its initial spread occurred from China towards the end of 2019. Its spread was contained in several countries through confinement, social distance and the use of masks, and we can only hope that, continuing with the application of the same means of protection, the subsequent upsurge does not supplant the first waves of contagion in the various corners of the planet. These "second waves" were expected, given not only our historical experience but our knowledge of epidemic dynamics. Our life has changed. The economy is suffering. Political decision and debate are now governed by other priorities. Science has turned intensely to a new focus. New challenges were posed to ethics. A new theme was imposed on the arts. Religion was affected by the disturbance introduced into society.

More than nine months since the beginning of the epidemic caused by the new coronavirus, which on March 11, 2020 turned into a pandemic, today we know much more about the disease than we knew at the beginning. The first cases reported in China in December 2019 looked like pneumonia, having been considered atypical pneumonia. Looking closely at them, there were many similarities with SARS. It was a kind of second SARS - the genomic sequencing of the virus carried out as early as January 2020 showed, in fact, this strong similarity, which is why the new coronavirus was renamed SARS‑CoV‑2 - but its transmission capacity among human beings proved to be much greater, the result of some very relevant differences between the two viruses. The new disease has come to be called internationally COVID‑19, or “Coronavirus disease 2019”. The new coronavirus did not take long to cross borders, hitchhiking the fast and frequent connections that characterize this globalized world. The American continent - in particular, the United States and Brazil - ended up being more affected than China and neighboring Asian countries. Europe was an intermediate case, with particularly serious situations occurring in Italy, Spain and the United Kingdom. The world is now a village, not only for us, but also for viruses, for a very simple reason: they travel with us.

The whole of humanity became the subject of a gigantic unplanned and, therefore, unintended experiment. Health services have redirected much of their arsenal of human and technological resources to respond to the new virus. Despite this, in many hospitals the means have proved insufficient to treat all patients, given the large number of simultaneous cases. Decisions that previously seemed impossible to be necessary, such as setting priorities in intensive care, had to be made by health professionals. In parallel, science began to devote its greatest attention to the new evil. Scientific studies have succeeded each other and scientific papers containing the results multiplied, in an impressive cascade.

Today, we continue to have some doubts (Why are there so many cases of asymptomatic infected people? How long does immunity last after an infection?), but we also know many things: being a virus that spreads through the airways, we know right away that social isolation, the use of a mask, hand hygiene and ventilation of the inner spaces are very powerful instruments to contain the spread of the disease. Confinement or lockdown in some regions of the world, starting right in the city of Wuhan, China, where the virus emerged, has proved to be quite effective

The protocols for treating the disease in hospitals have improved dramatically, once sufficient data on patients around the world had been gathered, as shown by the lower lethality in sites where second outbreaks began. About 150 vaccine candidates showed up quickly, dozens of them reached clinical trials in humans and a handful reached the final stages. We have learned, based on the application of the scientific method. Science was, and will continue to be, our hope.

On the other hand, since human beings have built a cyber world, a virtual world to which most people on the planet are connected, in addition to the epidemic, we have been affected by what has come to be known as infodemics, that is, an avalanche of information, which in many cases, perhaps even most of it, is false. Therefore, there is a virus spreading and, spreading even more rapidly, there is also misinformation about the virus. In this world of fake news, self-deception and pseudoscience, which some call the “post-truth” world, disinformation reigns: not only about the virus and the disease it causes, but also about several other dimensions of our lives, including politics. In a society that is considered to be a knowledge society, reliance on belief continues, against our best expectations, to play a determinant role. When human beings believe or want to believe in something, they take it as being the truth.

We live in a world where all of our activity is largely dominated by science, but also in a world where science is often ignored and where the enemies of science abound. This book, clearly placing itself on the side of science, has a double objective: on the one hand, to present the main conclusions that science has found and, on the other hand, to demystify various myths that are not supported by science. In the first chapter, "What is known", we try to present the facts - what happened in the world and in Portugal and the most relevant knowledge we have today about COVID-19 based on the scientific method. In the second chapter, “Infodemics”, we deal with misinformation, myths, about what some think is true, but which is not. Disinformation is often disseminated by entities that should be reliable, such as the leaders of nations: this is the case of the United States and Brazil, whose presidents assumed from the first day of the epidemic an attitude of ignorance, not to say contempt, of science. Finally, in the third chapter, which we titled "Live Science", we deal with the difficulties that science faces today to reach the public in a correct and effective way. Many people expect miracles from science, complete and instant solutions, when science, even though it is very powerful, cannot provide such solutions. We explain how science works, especially in the field of health, and why it should be considered our best hope. We have two alternatives: either we use the intelligence that our species has been gifted and, based on it, we can strengthen the reasons for hope. Or we don't use our intelligence, in which case there will be reasons to despair.

At the end we include an extensive list of references that document the information or opinions that are transmitted here. In the bibliography, in addition to indicating the main generic sources we used, we present a selected list of books on microorganisms and epidemics, which were published in the year 2020 after the emergence of the pandemic crisis. We accompany each title with some comments so that the reader can browse this literature. We distinguish credible works from unreliable ones. We are aware that there are previous titles (we have included a bibliographic list) and that the list of works on the subject will continue to increase.

(…) Books have suffered a significant crisis with the closing of bookstores, at a time when there was already a crisis in traditional book trade, but we believe that they will continue to play an irreplaceable role in our society. A book is an excellent way of concatenating organized information, going beyond the foam of days that is reflected in the press and other media. It was by believing in the value and strength of books that we wrote this one, offering it, like the others, for the readers' consideration. 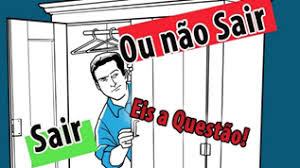