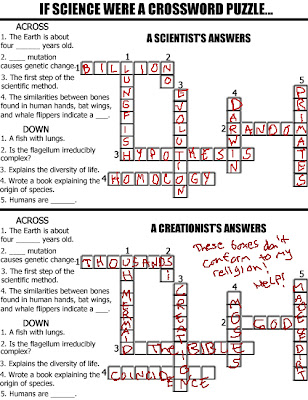 The theory of evolution is being attacked by religious fundamentalists who call for creationist theories to be taught in European schools alongside or even in place of it. From a scientific view point there is absolutely no doubt that evolution is a central theory for our understanding of the Universe and of life on Earth.

Creationism in any of its forms, such as “intelligent design”, is not based on facts, does not use any scientific reasoning and its contents are pathetically inadequate for science classes.

The Assembly calls on education authorities in member States to promote scientific knowledge and the teaching of evolution and to oppose firmly any attempts at teaching creationism as a scientific discipline.

1. The Parliamentary Assembly is worried about the possible ill-effects of the spread of creationist theories within our education systems and about the consequences for our democracies. If we are not careful, creationism could become a threat to human rights, which are a key concern of the Council of Europe.

2. Creationism, born of the denial of the evolution of species through natural selection, was for a long time an almost exclusively American phenomenon. Today creationist theories are tending to find their way into Europe and their spread is affecting quite a few Council of Europe member states.

3. The prime target of present-day creationists, most of whom are Christian or Muslim, is education. Creationists are bent on ensuring that their theories are included in the school science syllabus. Creationism cannot, however, lay claim to being a scientific discipline.

5. We are witnessing a growth of modes of thought which, the better to impose religious dogma, are attacking the very core of the knowledge that we have patiently built up on nature, evolution, our origins and our place in the universe.

12. The war on the theory of evolution and on its proponents most often originates in forms of religious extremism which are closely allied to extreme right-wing political movements. The creationist movements possess real political power. The fact of the matter, and this has been exposed on several occasions, is that the advocates of strict creationism are out to replace democracy by theocracy.