The rules of the game: the evaluation of Portuguese research units

Due to the crucial importance of such a process, researchers had expected this to be a well-planned and well-executed exercise, having as its main target the creation of conditions for the best Portuguese science to continue developing at least at the same rate as it had been progressing over the last 20 years.

Instead, we were faced with an operation which had as its (non-disclosed) purpose the elimination of half of the research units in the country, as is clear from the contract between FCT and ESF, made public under legal pressure after the results of the first stage came out.

Furthermore, the whole process is ridden with lack of transparency and irregularities ranging from the curious (a strong geographic bias in the panels towards the UK) to the very serious (rules changed after the deadline for applications when the evaluation was already in full swing).

Below we present a short summary of the set of differences between the evaluation of Portuguese research units as announced by FCT/ESF and as it is actually being executed. For a full description, including the context of such evaluations, see here for a version in English, and here for a more complete version in Portuguese, including some data. 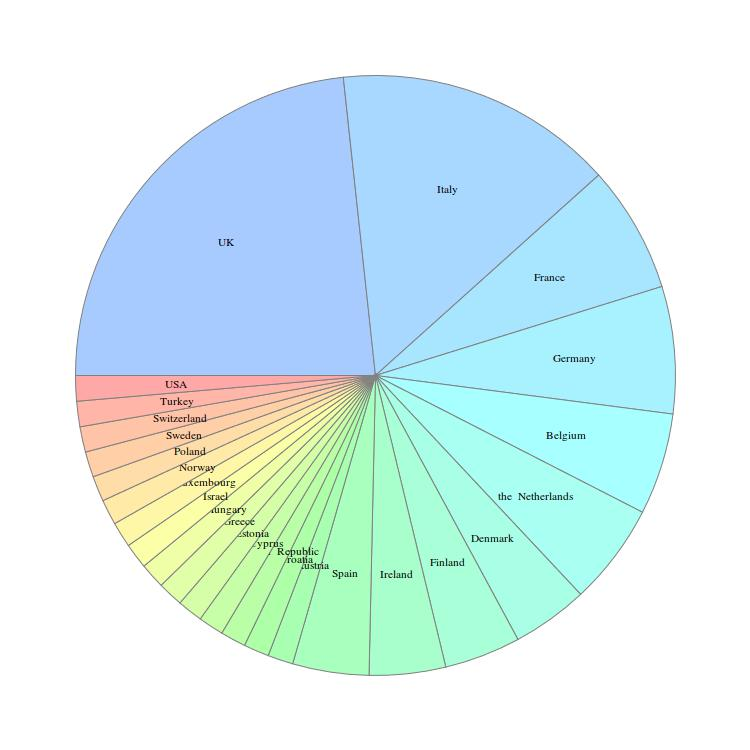 Chart with the actual geographic distribution of evaluators