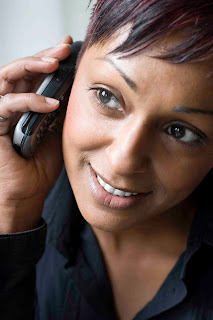 1. WHO’S ON FIRST? WITH APOLOGIES TO BUD ABBOT AND LOU COSTELLO.

My science-reporter friend, Naif, called this week about cell phones.
Here's how it went.

P: "WHO did, but that was about a year ago." [NOTA: WHO é a World Health Organization, em português Organização Mundial de Saúde, OMS)

Naif: "That's what I asked, who did? The International Agency for Research on Cancer (IARC) says cell phone radiation ‘may be carcinogenic’."

BP: Last year they said that no adverse health effects have been established for mobile phone use."

BP: "I told you; WHO said it after a $14 million epidemiological study of cell phone use in 13 countries."

BP: "Strictly speaking IARC is part of WHO."

2. CELL PHONES: THE CREDIBILITY OF SCIENCE IS BASED ON OPENNESS.

Let's be open with the public. A Working Group of 31 scientists from 14 countries met at the International Agency for Research on Cancer (IARC) in Lyon, France from May 24–31 to assess the potential carcinogenic hazards from exposure to radiofrequency electromagnetic fields. The Working Group conducted no further study, and gathered no additional evidence.

Nevertheless, based on an increased risk for glioma, a usually fatal brain cancer, they voted to classify radiofrequency electromagnetic fields as, "possibly carcinogenic to humans." Let's do a little epidemiology of our own. There are 5 billion cell phones distributed among the 7 billion people on Earth. But, as the New York Times reported this morning, brain cancer rates in the US have been declining for two decades. Does this tell us that cell phones prevent brain cancer? Alas, no. The increase in cell phone use only started one decade ago. It tells us is that epidemiology alone is a lousy guide for making policy. There is far too much "noise" in the data. So far, only photons more energetic than visible light have been shown to create mutant strands of DNA. "Maybe it's a multi-photon process," I'm told. A two-photon process is possible, even a three-photon process, but it would take 1 million microwave photons working in tandem to overcome the work function. So find a mechanism. But please don't inflict more case-control epidemiology on a paranoid public.

Why would it be such a big deal to use earphones? No big deal. I already use an amplifier in each year so I can hear the birds outside my office. Let me ask why would it be such a big deal to let people know how electromagnetic radiation causes cancer? Bullshit is dangerous. In 1998 in London, Andrew Wakefield a British gastroenterologist, warned that the MMR vaccine causes autism. In the following months the papers daily carried stories of the tragedy of autism and the heroic doctor who had found the cause. In the months following, MMR vaccinations of children dropped from 90% to 70%. In 2006, the first child in more than a decade died of measles in London. In the first four months of 2011, the HPA reported 334 cases of measles, a 10 fold increase over the same period a year earlier. In France, 7000 cases have been reported this year. Autism was unaffected."