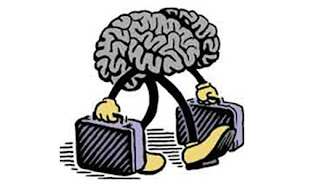 "A recent study by Docquier and Marfouk (2006) has estimated that Portugal is one of the 30 countries in the world most affected by the brain drain of its university-educated workers (more precisely, of all the countries with more than 4 million people). Hence, since the 1990s, Portugal has “exported” about one fifth of its university graduate workers, a rate that puts us at par (in relative terms) with countries such as Afghanistan, Togo, Malawi, and the Dominican Republic."
Posted by De Rerum Natura at 18:51