ERADICATION: FIRST WE MUST CURE THE WORLD OF ITS SUPERSTITIONS 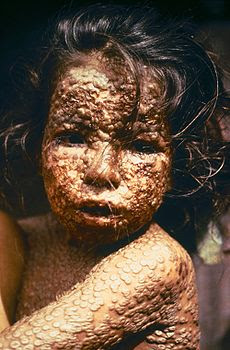 "In 1977, smallpox, the most deadly and persistent human pathogenic disease, was eradicated from Earth by the World Health Organization (WHO) following an unprecedented agreement allowing quick-response teams to freely cross every a border to administer vaccine in case of an outbreak. It was a moving demonstration of what can be achieved by world cooperation, and was quickly followed by calls to eradicate poliomyelitis. Polio eradication was undertaken by WHO in 1988 with help from private organizations, but although the number of polio cases diagnosed each year has plummeted, final eradication remains elusive. Opposition by Muslim fundamentalists is said to be the major factor in the failure of polio immunization programs. In Pakistan and Afghanistan the Taliban issued fatwa opposing vaccination as an attempt to avert Allah's will, while others saw it as an American plot to sterilize Muslims. Some conservative Christian groups oppose vaccination for diseases that are transmitted spread by sexual contact, arguing that the possibility of disease deters risky sexual contact. It doesn’t."