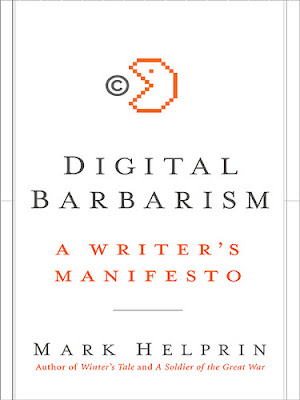 "Why not, then, simultaneously extend copyright and narrow its scope? Let the Helprins continue to earn royalties into the distant future, but let adaptations, derivations, parodies and borrowing flower more quickly and completely than the current system allows. Leave the Tolkiens the rights to “The Hobbit”in perpetuity, but not the right to prevent two enterprising film companies from going forward with competing adaptations. Leave the Mitchells the rights to “Gone With the Wind,” but not the right to tie up a would-be parodist in court for years on end because they don’t like what she’s doing to their Scarlett. Leave the Lucas family the right to “Stars Wars,” but not the right to prevent me from writing my own competing version of Anakin Skywalker’s life story.